The structure of the ITR Group is the result of on-going research, with a watchful eye on both customer and market demands.

USCO is set up as a trading company specialized in repair parts for Caterpillar® earth moving machines. 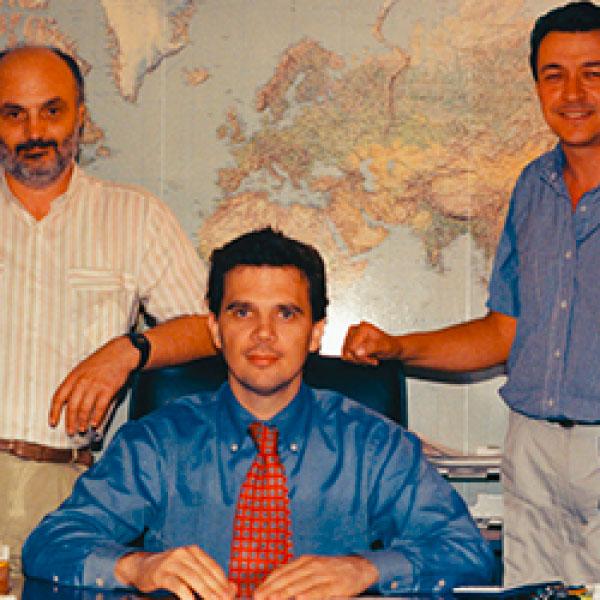 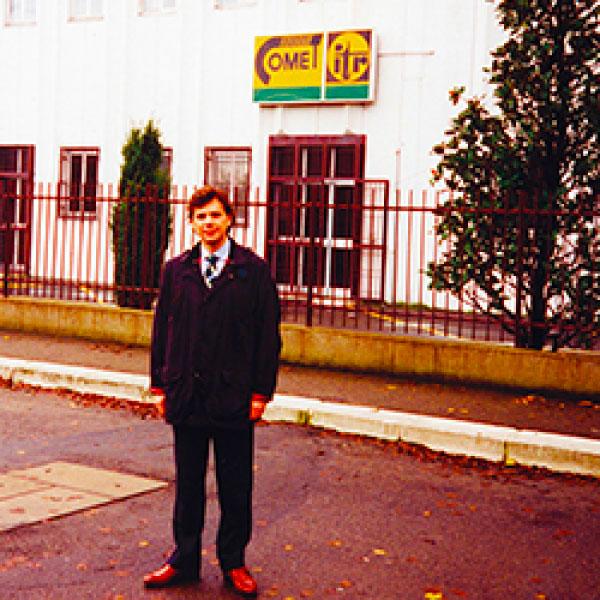 USCO acquires FORTRESS ESP ITALIANA, one of the major manufacturers of repair parts for the earth moving sector. The company expands its product range and market penetration under the ITR brand. 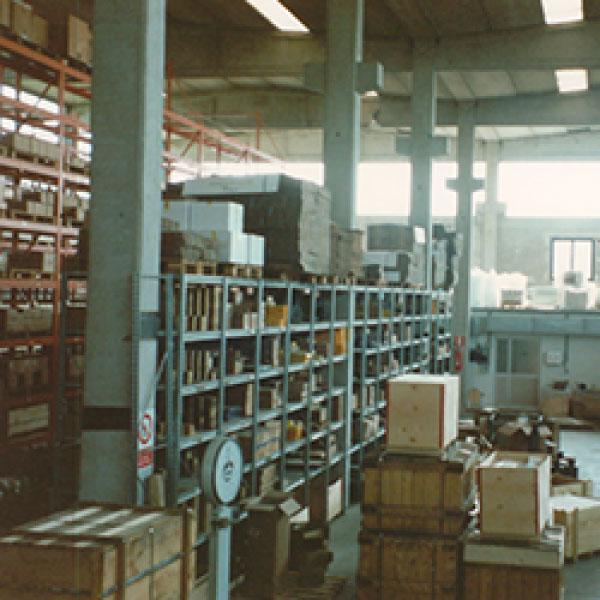 USCO forms DYNAPARTS, a company focused on retail trade on the European market. 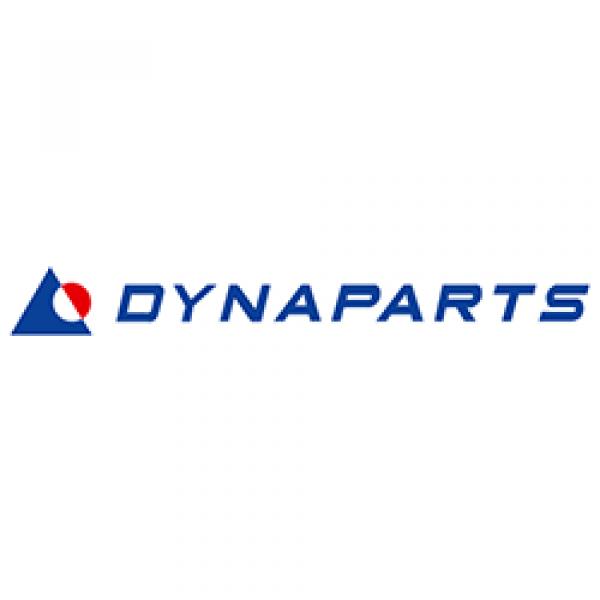 USCO expands the manufacturing sector with an investment of over € 2.000.000 in the purchase of automatic machine tools among which an FMS system composed of two Mazak working centers connected by a shuttle. 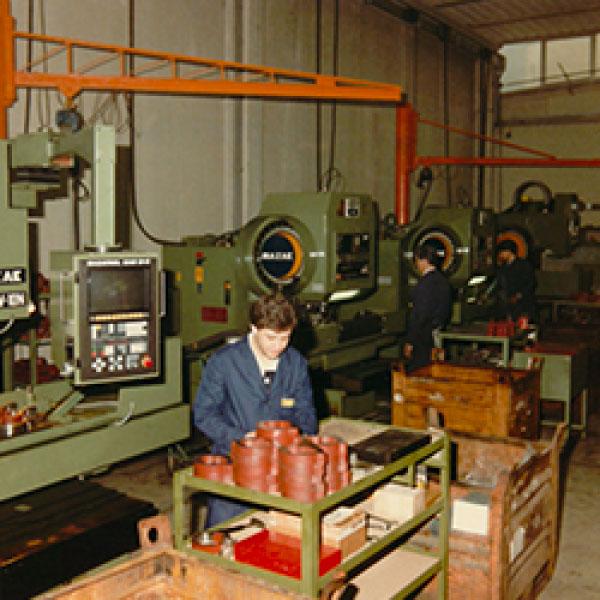 USCO acquires GRS SpA, world leader in the manufacture of pumps for earth moving machines in the aftermarket sector. 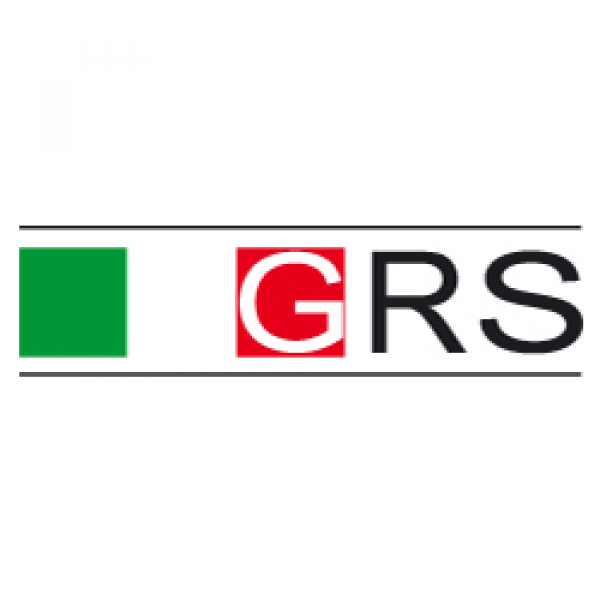 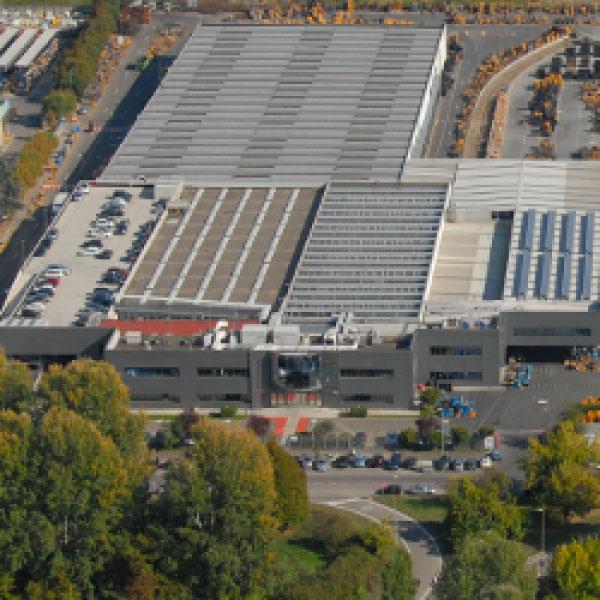 USCO enters into a joint venture agreement with KUT, a leader in the manufacture of undercarriage chains, shoes and segments with headquarters in South Korea. 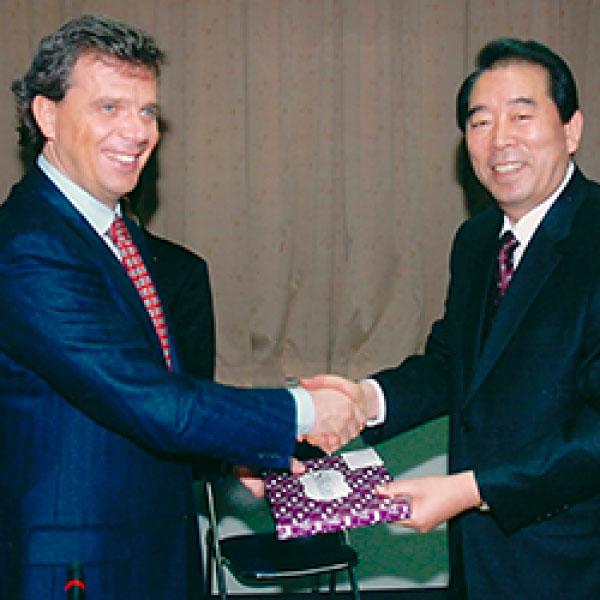 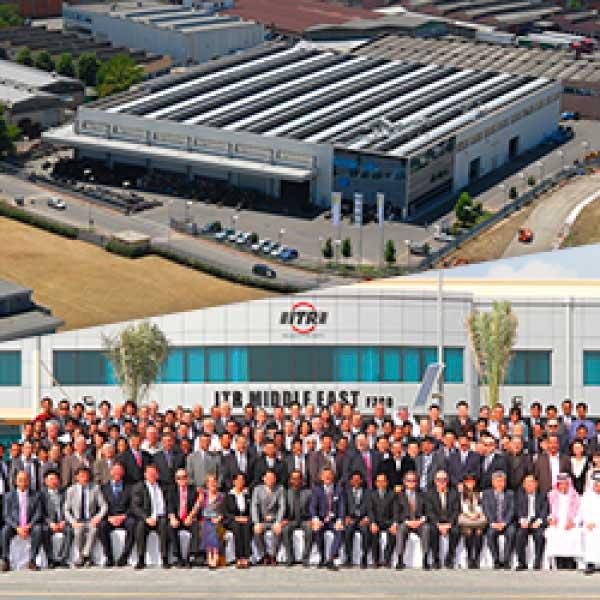 - USCO establishes ITR Pacific in Brisbane (Australia).
- USCO enters into a joint-venture agreement with HUALONG, a Chinese manufacturing company with internal foundry, leader in the production of sprockets and idlers. 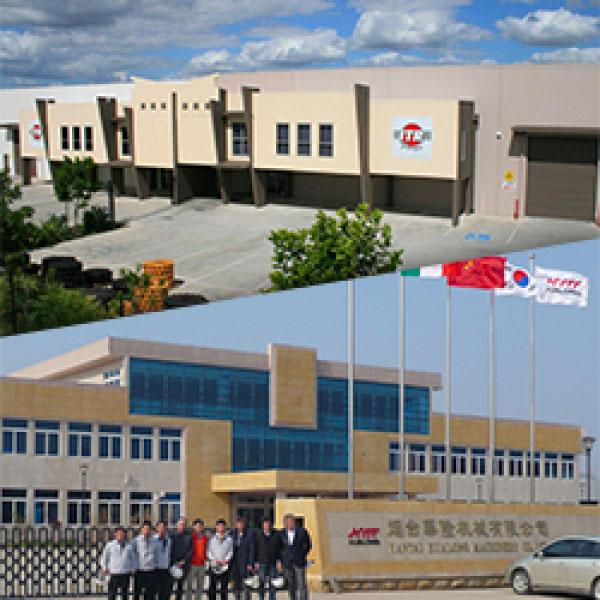 USCO establishes ITR America, following the joint-venture between ITR North America and Heavyquip. Thanks to the 15 branches the new entity is the largest all makes distributor in North America. 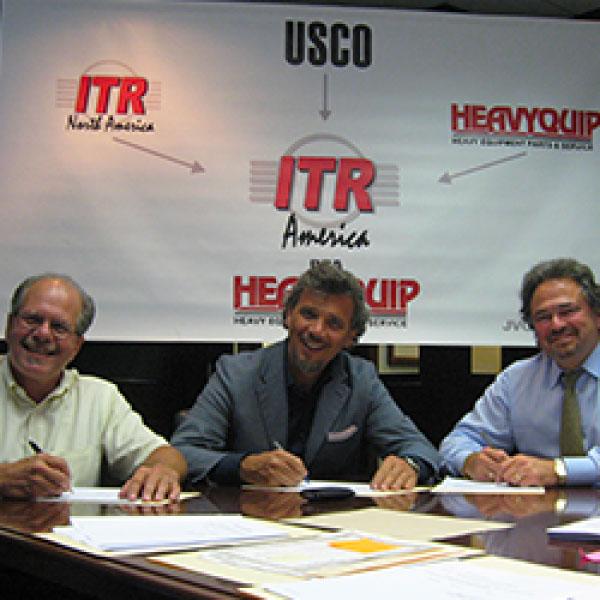 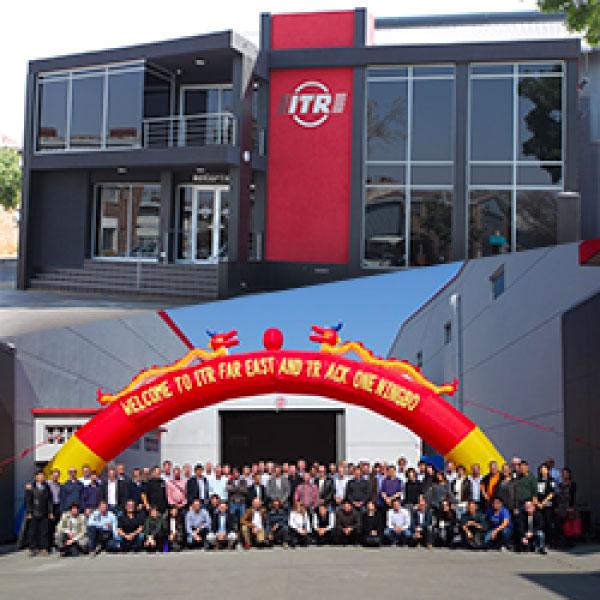 - USCO expands the Modena, Italy headquarters and warehouse.
- Track One establishes Track one Kunshan, a Chinese branch dedicated to international OEMs with production plants in China.
- USCO acquires all the shares of South Korean company, KUT, and of the Chinese company, Hualong. 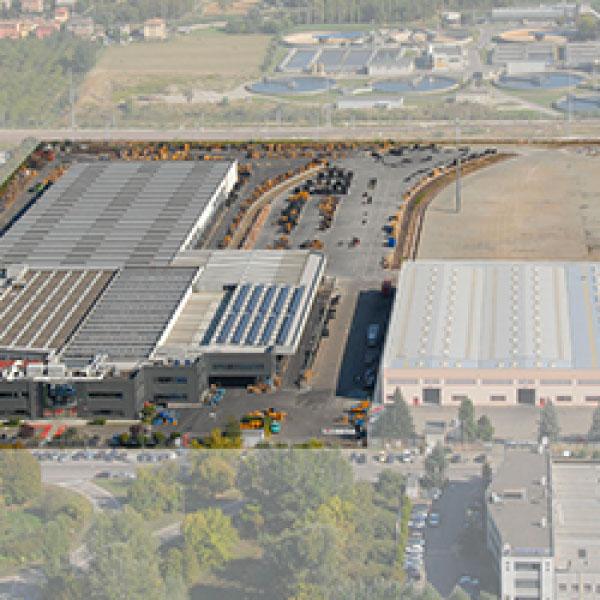 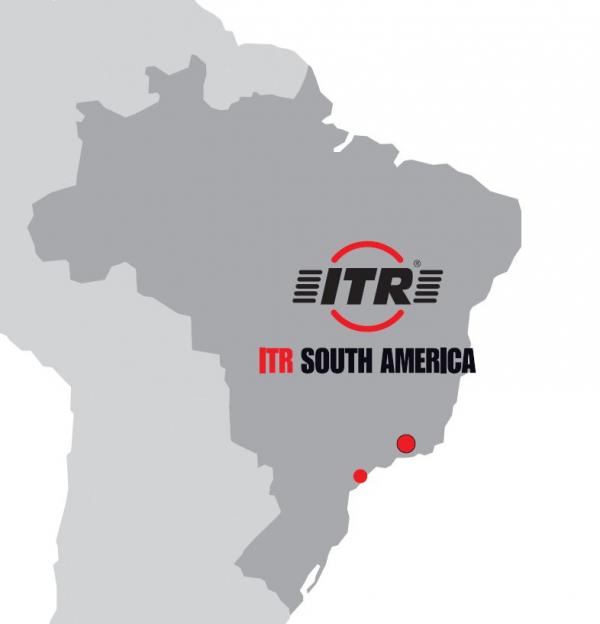 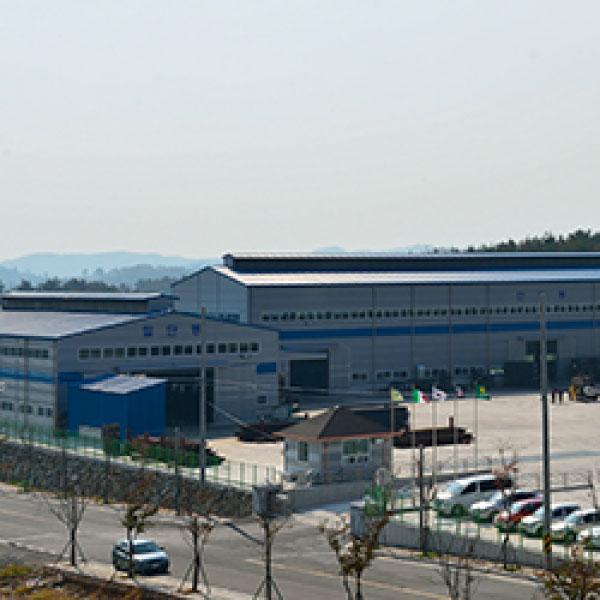 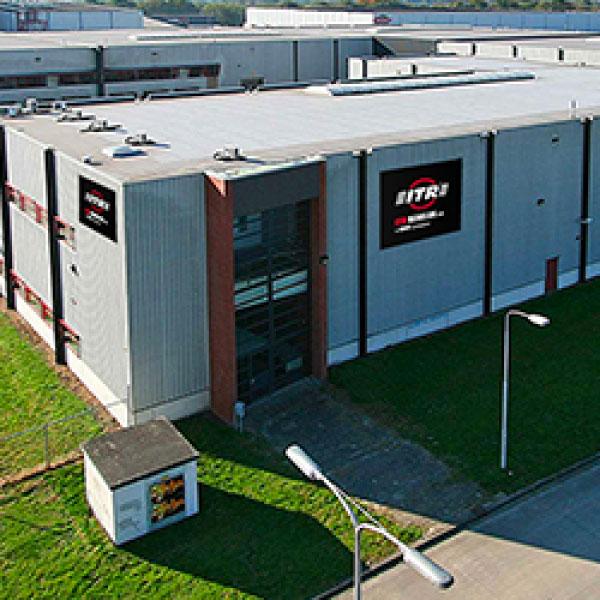 - USCO celebrates its 25° birthday anniversary.
- USCO establishes a partnership with BYG, a Spanish company leader in the GET business.
- GRS changes its business name into ITR Meccanica.
- Opening of a new facility in Ningbo (China) that houses the headquarters of ITR Far East and the Asian subsidiary of Track One. 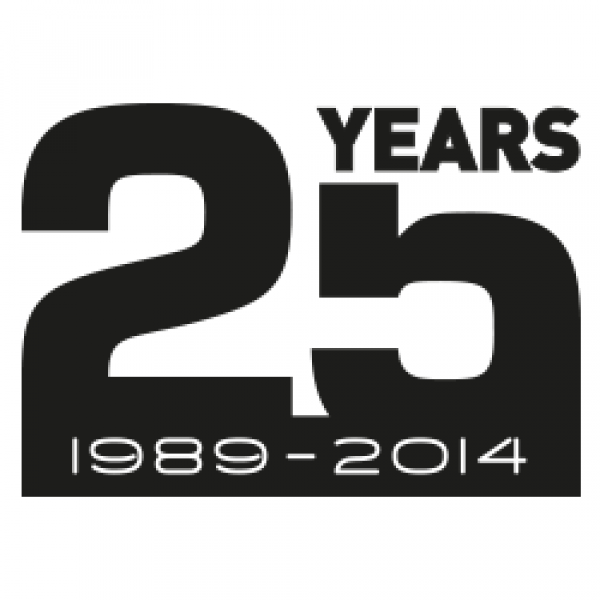 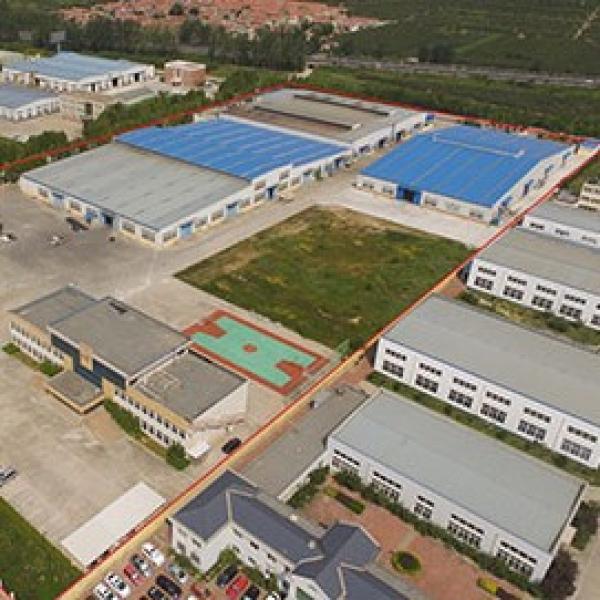 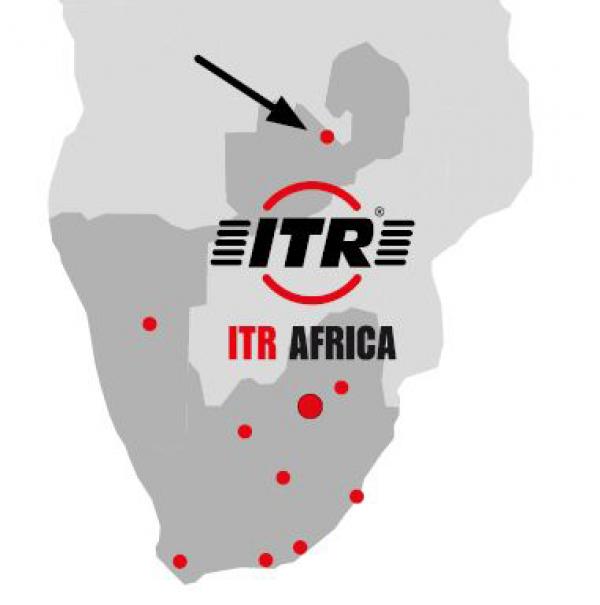 - USCO sets up the new INTRAMEX in Bremen (Germany). 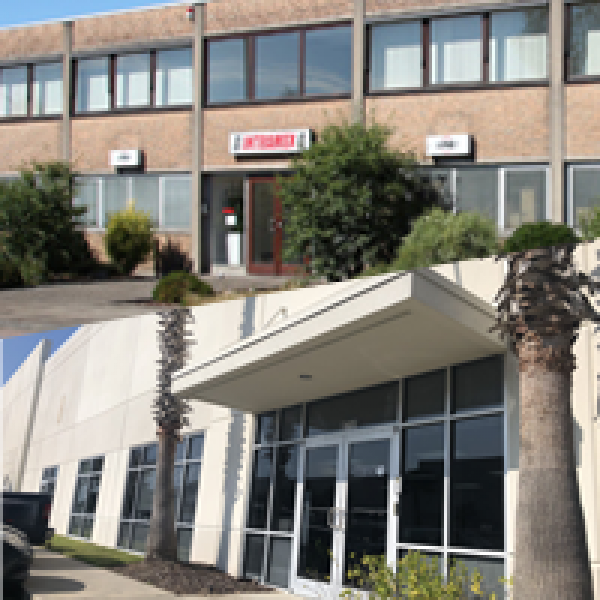 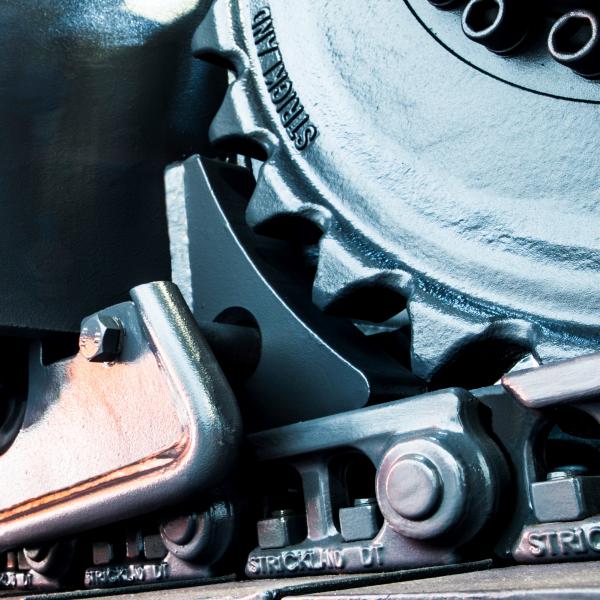 ITR Industries in South Korea inaugurates a new plant dedicated to the production of rollers for excavators and dozers.
Barani Natale & Figli Srl changes its company name to ITR Agri S.r.l.
ITR Middle East launches the ITR Lubricants line, thanks to the acquisition of a leading company in the production of lubricating oils and greases. 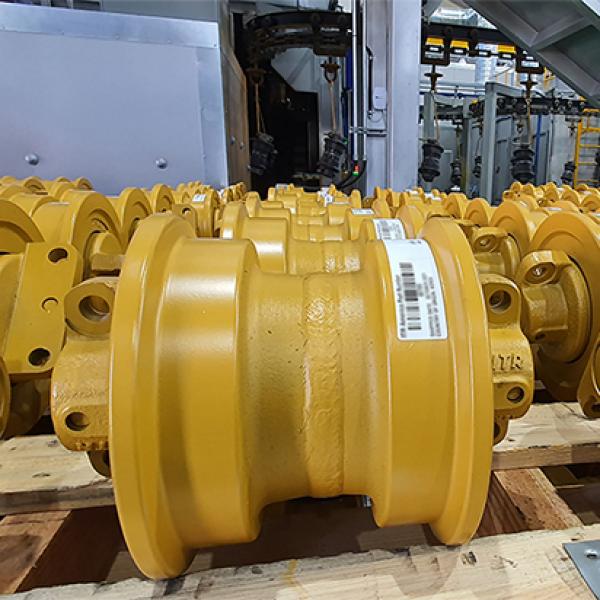 USCO sets up ITR HAGGBLOM in Finland and acquires SIGO GmbH in Austria. 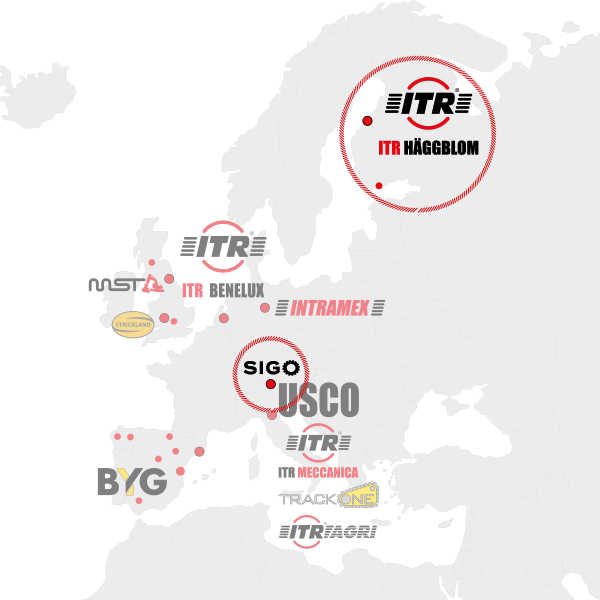 ITR, in its continuous optimization process, has achieved the most respected international certifications including ISO 9001, ISO 14001, and ISO 45001.
The company certifications are testimony to the efforts taken to guarantee compliance with ever higher product and service standards.

Code of Ethics and Organisation, Management and Control Model

Through the resolution of the Board of Directors’ meeting held on 18 December 2020, USCO SpA adopted the Organisation, Management and Control Model pursuant to Legislative Decree no. 231/2001 and the Code of Ethics, in order to comply with regulations on corporate administrative liability for crimes.
Adoption of the Model confirms the attention that USCO ITR focuses on compliance, through the implementation of organisational measures that avert the committing, in the interest or for the benefit of the company, of the crimes described in the Model and for which the entity itself is directly liable.
The business partners of the company, and anyone who has relations with it in general, are required to know and to comply with the principles of legality and transparency endorsed in the Model and in the Code of Ethics.

In compliance with Law No. 179/2017, Usco S.p.A. has also adopted a digital “Whistleblowing” platform enabling concerns to be reported in an effective and confidential way. The platform for reporting concerns can be reached via this link:  https://digitalroom.bdo.it/usco/home.aspx

Reports, also anonymous, sent via the Whistleblowing platform will be delivered directly to the Company’s Supervisory Body, which will verify the legitimacy of the facts with the utmost respect for privacy principles.

For further information, these documents can be consulted at the following links:

Code of Ethics of Usco S.p.a.